Each year, the club recognises the achievements of a number of members by awarding a range of trophies and medals. These are announced and presented at the annual club dinner.

The Cornell Medal — for services to the club

The Cornell Medal is the Club’s most prestigious award, and is given for outstanding services to the Club. The medal – designed by Club member and sculptor David Cornell – depicts a group of runners passing Wellington Rocks, and was first awarded in 1986. The annual recipient is decided by a small group of past winners

This trophy – a pewter cup – was created in memory of Club member Cath Hulme who was tragically killed in a car accident in Swaziland. The cup is awarded annually for athletics excellence, with Club members voting for the recipient prior to the Annual Prize Presentation. The trophy was first awarded in 1995. 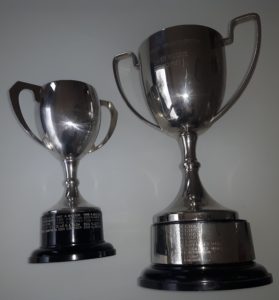 Bob Whyte was the founding Chairman of Tunbridge Wells Runners, and the trophy to recognise his early contributions to the Club – a silver cup – is awarded annually for athletic achievement. As with the Cath Hulme trophy, the recipient is decided by votes cast by the Club members. 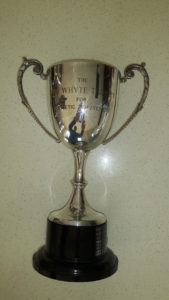 The Mike Thurgood Salver — for club runner of the year 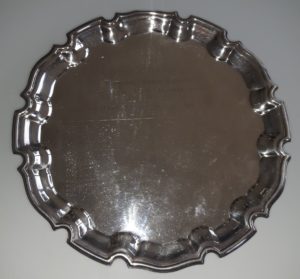 Australian Mike Thurgood donated this silver salver to the Club as a parting gift on his return ‘Down Under’ to recognise the Club Runner of the Year. The recipient is decided by a system of points awarded for all races throughout the year. The trophy was first awarded in 1997.

This trophy, a small glass plaque which is retained by the recipient, is named in memory of Club member Steve Barnfield who lost his life to cancer in 2019. It is awarded to the Harrier who, in the
opinion of fellow members, has shown the most improvement in their performance over the previous calendar year.

This trophy — a large silver cup — was donated to the club by Kent over 60 long jump champion Jim Simmons to recognise achievement within the veteran athletes in the club. The recipient is decided by votes cast by Club members. 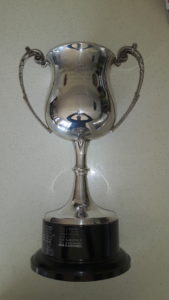 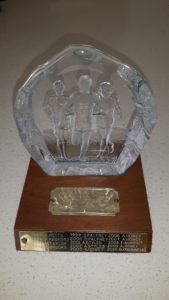 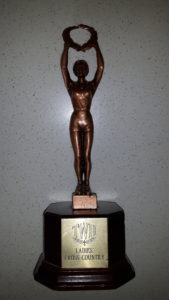 The men’s trophy is a piece of engraved Swedish glass set on a wooden base, and was donated to the Club by veteran runner David Abbott. They are awarded annually for cross country achievement, the recipient is decided by votes cast by Club members. It was first awarded in 1995. 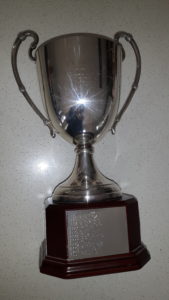 This trophy was donated by Paul Eames, Peter Gander, Eddie Lyons and past-Chairman Jacques Courivaud – a group of Club members living in Speldhurst. It is awarded annually to the fastest runner on handicap over three of the four races making up the Club summer handicap 10km series. The trophy was first awarded in 1997.

This trophy recognises athletic achievement in the discipline of triathlon, and was awarded from 2006 to 2010