On Sunday 23th October, Alex Jeffreys ran the Abingdon Marathon in a bid to get some more marathon experience leading up to London next year.

The race comprised of a nice mixture of country lanes and footpaths, starting and finishing on the Tilsley Park running track. After a gentle first 5 miles, the race passed through the centre of Abingdon, before embarking on a two lap route through the villages of Drayton, Milton and Sutton Courtenay. Then back through Abingdon to Tilsley, with an underpass cruelly thrown in at 24 miles.
Alex came 18th overall with a chip time of 2.51.31 and a new PB.
Tonbridge 10k – 23/10/16

The course was on open roads and with Mike King taking the lead, he had to dodge cars, horses & dog walkers.

He managed to hold on to the lead and claimed his first race win. Dave Hadaway managed to miss out by only 15 seconds on the M50 prize. Unfortunately Matt Newman was also disappointed because there was no team prize, however if there was one the Harriers would have won it. 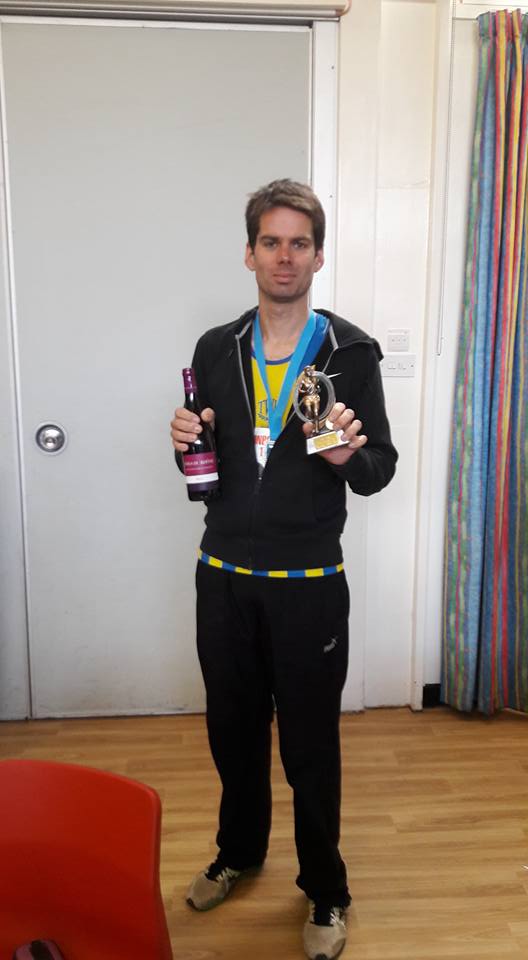 The course is mainly flat and takes in the historic dockyard and other sights of Portsmouth.  There is lots of support and encouragement on the way – helped by having your name on your number – so lots of random strangers can cheer you on!

The conditions were very good and runners finished in glorious sunshine. Rosie Harris managed an age group PB and Bob Lawrence completed in first 10 mile race in many years.