Afternoon Harriers, and many thanks for all the support and comments received over the past few days, my FaceBook has never seen so many likes and comments!

Tokyo is a great city with lots to do besides running a Marathon (you can even drive on the main roads in go karts dressed as Super Mario), there’s great culture and lovey people. But, would I say Tokyo marathon is on the great race list, probably not. It has a very busy and congested start area, so if you’re not near the front it can take a while to get into your running rhythm, the route has lots of turns and switch backs, so can be nice to see your fellow runners along the way, but increases your mileage as does all the weaving at the start. Actually, the most comments coming out of today were “The course is long”, I didn’t see a blue line to follow so maybe that’s why?

Also the Japanese are very traditional, with a choir singing at the start and support along the way nowhere near as noisy as London, with lots of clapping and flag waving instead.  But, the atmosphere was good and a well organised event with lots of people bowing and congratulating you as you go through the finish area.
Below is a more official report i am sending to the Courier, lets see if they print it?

Once again, thanks for supporting me on this journey, club runs and speed sessions have all been beneficial, time to hang up those Marathon shoes!

Today (25 February) nearly 6,000 miles away Craig Chapman from Tunbridge Wells Harriers completed the 26.2 miles that make up the 2018 Tokyo Marathon, in a time of 3:01:24. This in itself is no mean feat, but what makes this an extra special achievement for Craig is that he has now completed all six marathons that make up the Abbott World Marathon Majors, this includes London, Berlin, New York, Boston, Chicago and Tokyo.

The Six Star Finisher Medal, first unveiled at the Tokyo Marathon in 2016 was created to honour non-elite runners who complete all six marathons, and is considered one of the most exclusive race prizes in the running world. Collecting the medal as he crossed the Tokyo finish line, Craig becomes the first-ever Tunbridge Wells Harrier to receive one, and joins (before Tokyo) only 200 people in the UK and 2,500 globally who have already received the medal. 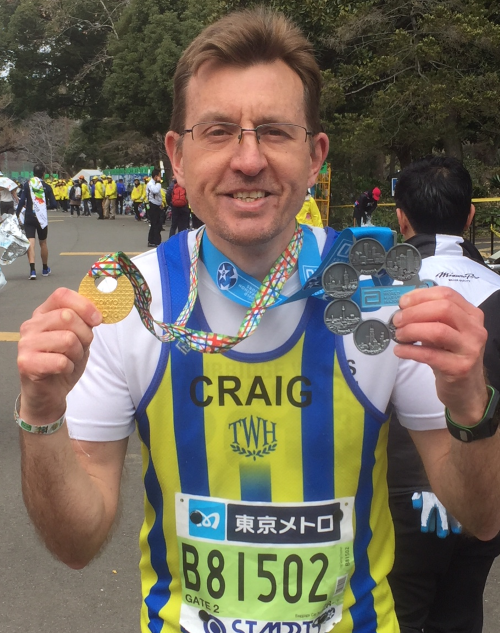 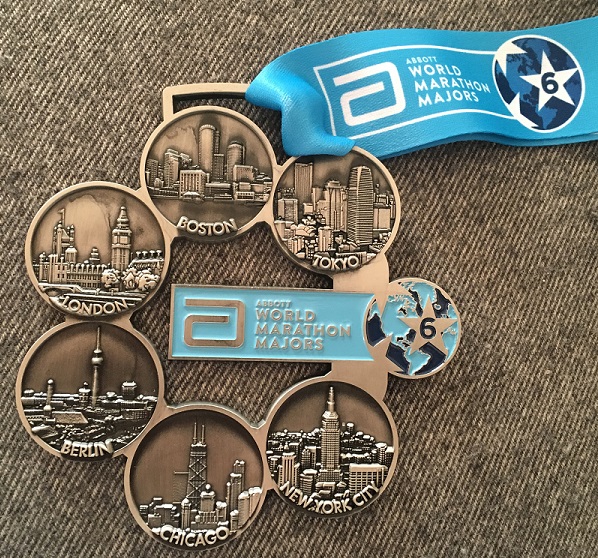 Craig is no novice when it comes to marathon running, with 15 completed since his first London marathon in 2006, when he raised over £4,000 for Childline/NSPCC. But despite this, Craig says it never gets any easier.

“All that training, clocking up 100’s of miles and hours pounding the streets, when ultimately it all comes down to how you feel and the conditions on the day.  Those that have run spring marathon will know, all that winter training, and then the big day arrives and it turns out to be really hot and sunny, there’s just no training for that.  Thankfully the weather in Tokyo today was just like a winter’s day in the UK, a cloudy but chilly Sunday morning, perfect for running!”

It has taken Craig 5yrs to complete his goal starting back in London in 2013, and with today’s Tokyo time it has given Craig a sub-3hr average for all six marathons!