Stating the obvious, Tokyo is long way to go – 5,945 miles from Tonbridge to be precise, 12hours flying time and 9 hours time difference. In 2013 its annual spring marathon became the 6th World Major and therefore on the must do list of anyone aiming to receive a ‘6 Star’ finisher medal which Craig Chapman achieved last year.

Similar to London, the race start and finish areas are in different locations within Tokyo. I elected to stay in the Shinjuku area, close enough to walk to the start area and thus avoiding the quite confusing metro system on the morning of the race. That said navigating the start area entry system itself at the Tokyo Metropolitan Government Building was its own challenge. A Saturday afternoon reconnaissance mission proved invaluable although plenty of English speaking volunteers were on hand on the day.

Due to reconstruction works ahead of the 2020 Olympics, the Expo this year was held under a series of large semi-perm marquees and tents. These worked well for such a large event as long as it didn’t rain – and it rained. Consequently many people were negative about the Expo experience siting it as the worst experience of the WMM series. Overall it was functional and my trip there on Fri morning was less painful than I was expecting after reports. Asics also ran out of commemorative race gear pretty quickly which further disappointed many.

Despite the individual gate access arrangements, everybody comes together in the lower concourse and frankly it was quite chaotic with so many people milling around. Toilets queues were long (when, except TW Half, are they not) but what faced you on entry to one is best left to the picture. Thank heaven my need was of the fluid kind otherwise we were going to have a problem. Access to assigned start pens was by a strictly enforced 8:45am deadline and those that didn’t make it or were unfortunately in toilet queues were simply sent to start at the very back. This cost many PB’s due to very slow moving runner traffic during the initial miles.

The race started at 9:10 in quite heavy rain after some interesting supermarket music entertainment. There is no staggered start and all pens A-H started moving forward to cross the single start line. I was in start pen E and over the line 5 minutes after the start with back sections taking well over 30 minutes. This is quite significant because Tokyo operates a strict time cut off procedure at each 5Km checkpoint based on Gun Time. Slower runners at the back are immediately disadvantaged by this policy and can face getting taken of course unless they can stay ahead of the grim ‘sweeper’.

My race started a little slowly during the 1st mile due to the volume of runners but the very wide roads throughout the course soon eased the congestion and I was into my stride during the first 8km largely downhill section. The biggest on course challenge was navigating water stations, as Tokyo does not allow you to take any water/fluid bottles of your own onto the course. You therefore have to take your chances at each station and if are looking for electrolyte/mineral drink then Pocari Sweat (seriously) is your only option, which tastes like Gatorade if you are interested.

Despite the rain and cold there was no dampening the enthusiasm or spirit of volunteers and people of Tokyo who came out in significant numbers to encourage and cheer on runners. Because of the wide roads it is not as intimate as London or some of the others and pretty much the whole route is amongst high-rise buildings that can play havoc with your GPS. That can make pacing difficult particularly given the distance markers are all in km’s.

So the miles (1.609km’s) unfolded and my pace pleasingly held and quickened a little in the 2nd half of the race. Two miles to go, a slight twinge in my groin and fatigue setting in I had a negative split within my grasp and I held on to finish in 3:48:27. This was my first marathon negative split and my fastest marathon since my PB 4 years ago so very happy with my mornings work. My thanks go to Coach Mike Jarvis for ongoing encouragement and support in getting me so well prepared.

Tokyo is a fantastic City and completely out of your comfort zone for those that have not been. This race is worth going for because it is a World Major but of the 5 I have now completed, it is not in my top 3. It has long out and back sections and because of the high rise it all looks a little similar (and grey in the rain) with only occasional and distant glimpses of landmarks like the Tokyo Tower. That said the Japanese volunteers more than make up for it with their enthusiasm and organisational efficiency – perhaps too ruthlessly efficient with the lock out of start pens and back marker cut off sweep which has caused quite a storm on social media.

Apologies for the long report but I had sometime to spare on the 12 hour flight back today! 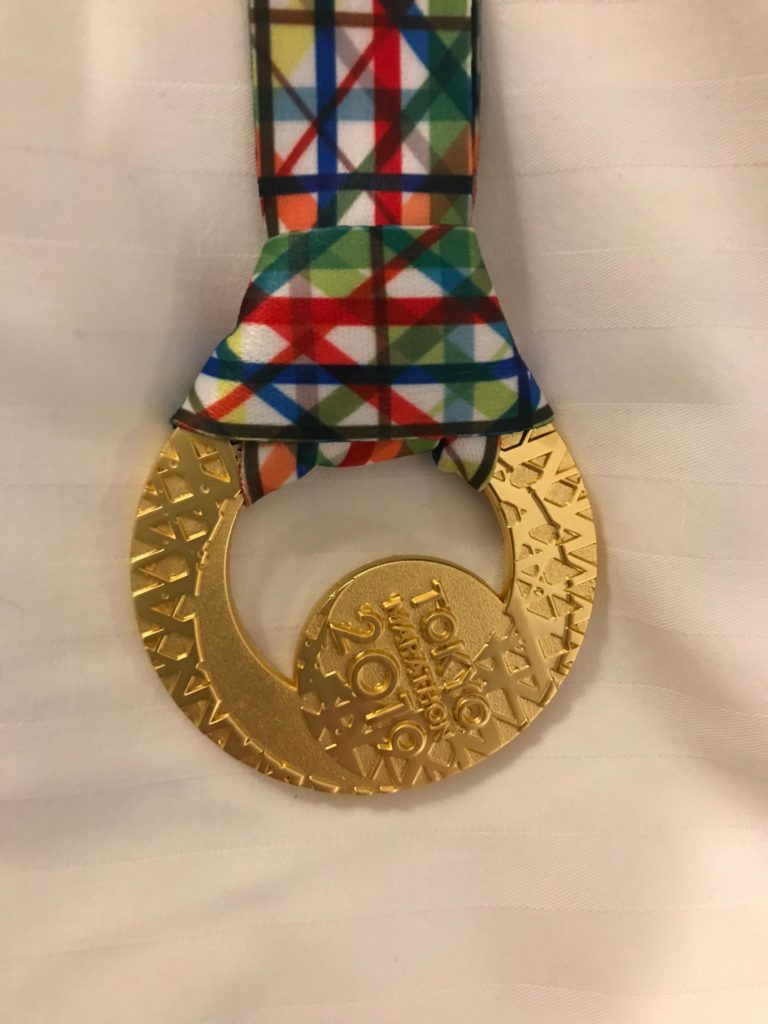 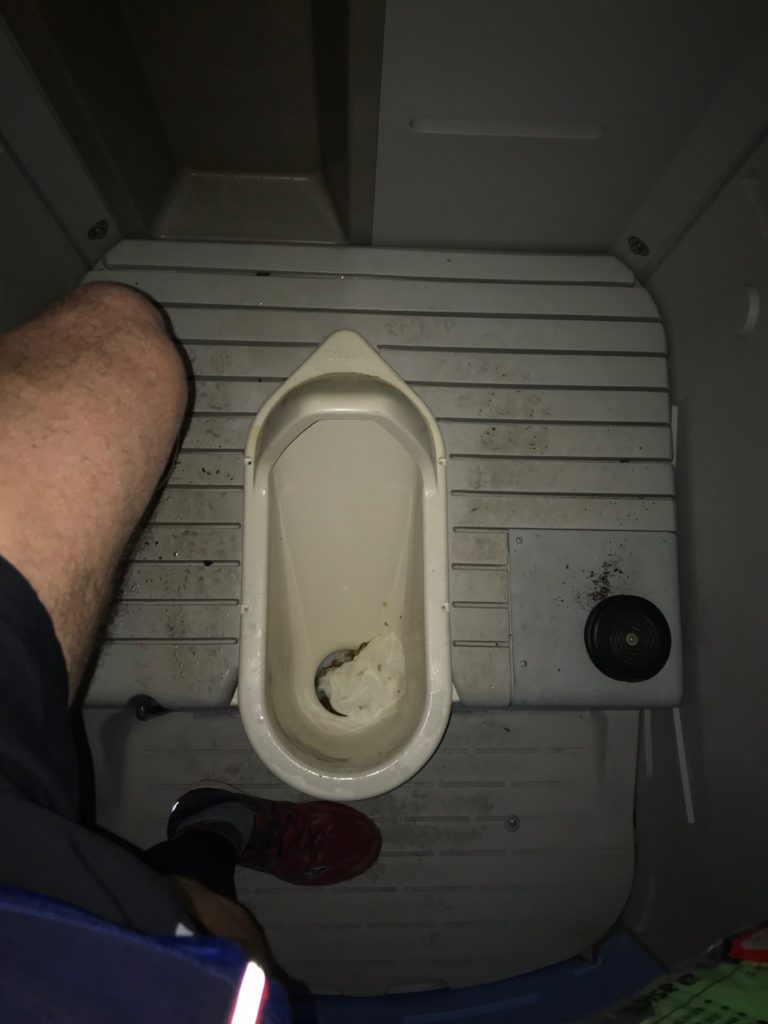 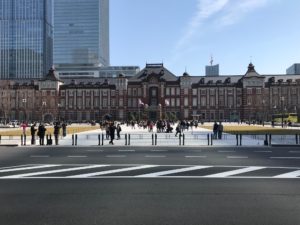 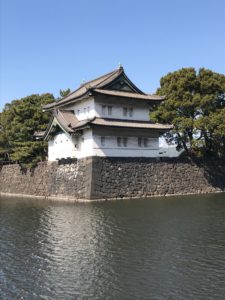 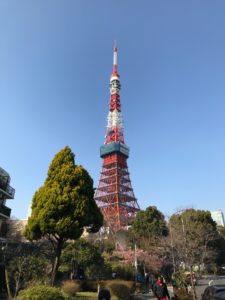 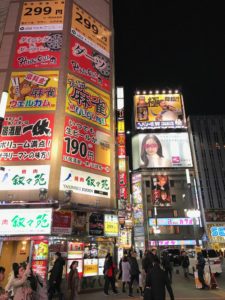