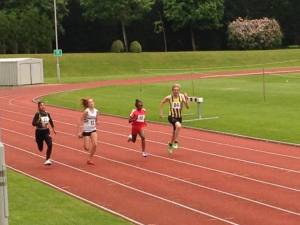 For the 1st time, courtesy of Allan, I ran in spikes. After a false start I ran as fast as I could for 200m and stopped; race reports are short for the 200m. The spikes appear to have worked, because I was 1 second quicker than last year with a time of 30:26.

Great fun, but leave your ego at home, because you will be beaten by U13s. Though so far I’ve had great success against the U11s.

In heat 3 Stella had to choose between road shoes and spikes, from which Peter had helpfully removed the spikes, and chose road shoes to record a time of 39:50. 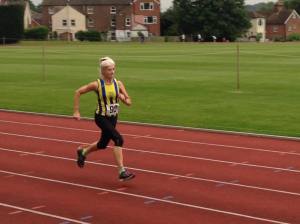