Yesterday I took part in the Richmond Park Half Marathon.

Richmond Park has most recently become famous due to the ‘Fenton’ YouTube clip. I did see lots of deer yesterday but sadly no Fenton. I chose this event as it was the only Half that my daughter and me could co-ordinate diaries on before Christmas. She’s running Brighton with me next year so wanted to get a Half under her belt before the end of the year.

The event was organised by Run Through Events and they did a good job as far as I could tell. There were sufficient toilets and the race numbers were efficiently distributed. This was a low key event, limited to 350 runners and was a sell-out. The course was 4 laps of an undulating course which included dirt track, grass and pavement. I wore trail shoes but these weren’t really necessary. I was a bit apprehensive about running 4 laps for a half, as I thought it might be a bit boring, but this proved unfounded.

I enjoyed lapping a few runners on the final lap but didn’t appreciate being lapped by the winner. He was just finishing as I was starting my final lap. Swings & roundabouts, I suppose. The weather was a crisp Autumn day with clear blue skies. A great day for a run made even better by a very agreeable post run roast beef lunch at the Hare & Hounds, East Sheen. I would recommend this race. 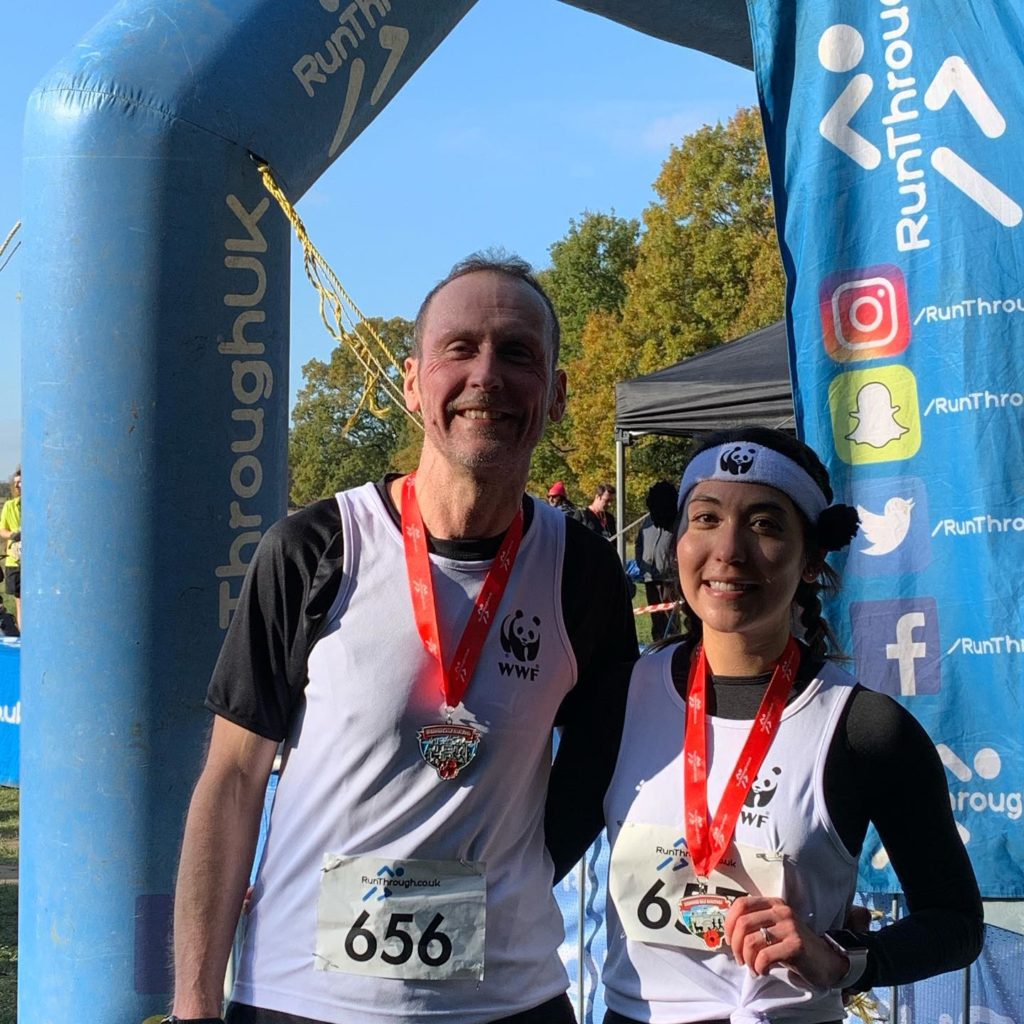