This morning 6 Harriers competed in the Mid Kent 5 Mile race starting and finishing at the Cricket & Tennis Club in Staplehurst.

It was nearly 20C when we arrived and the temperature continued to rise, pushing 30C as we left to go home afterwards. Run on quiet country lanes with some welcome shade, this fast and almost flat (there were two short inclines to negotiate) course provided good PB potential. The event was well organised with a race briefing before the short walk to the start and there were plenty of marshals throughout.

After a winter of marathon training, I have been focussing on shorter distances and, armed with a new pair of racing flats, I was keen to push the pace and see what I could do.

Harriette led the Harrier and ladies charge from the off and soon disappeared into the distance. I aimed to pace evenly and, having started a few rows back from the front, ended up weaving around quite a few people who had obviously started way too fast. Before long I caught up with and overtook the second lady on the road by which time the field had thinned out quite a lot.

Not long afterwards, on the second of the two inclines, I was surprised to catch up with and overtake Harriette. With now less than a mile and a half to the finish, it was time to dig deep and try and hang on. Shortly after, the lady I had passed earlier came storming past looking like she was making no effort at all. Bloody Hell, what had she had for breakfast?!

The last mile went on for what seemed like an eternity before the cricket ground finally came into view and a short sprint around the outfield led to the finish. I was really pleased with my time, knocking nearly 2 minutes off my PB and chalking up my 4th PB in as many races.

According to Power of 10, there were also PBs for Harriette and Jillian (Bob to confirm). We also won a handful of prizes (see below).

Special mention should be given to Sonja King who, despite having had a sleepless night looking after her youngest and not feeling great, finished just outside a minute of her own PB and was part of the winning Ladies Team.

INDIVIDUAL RESULTS
There were 325 finishers 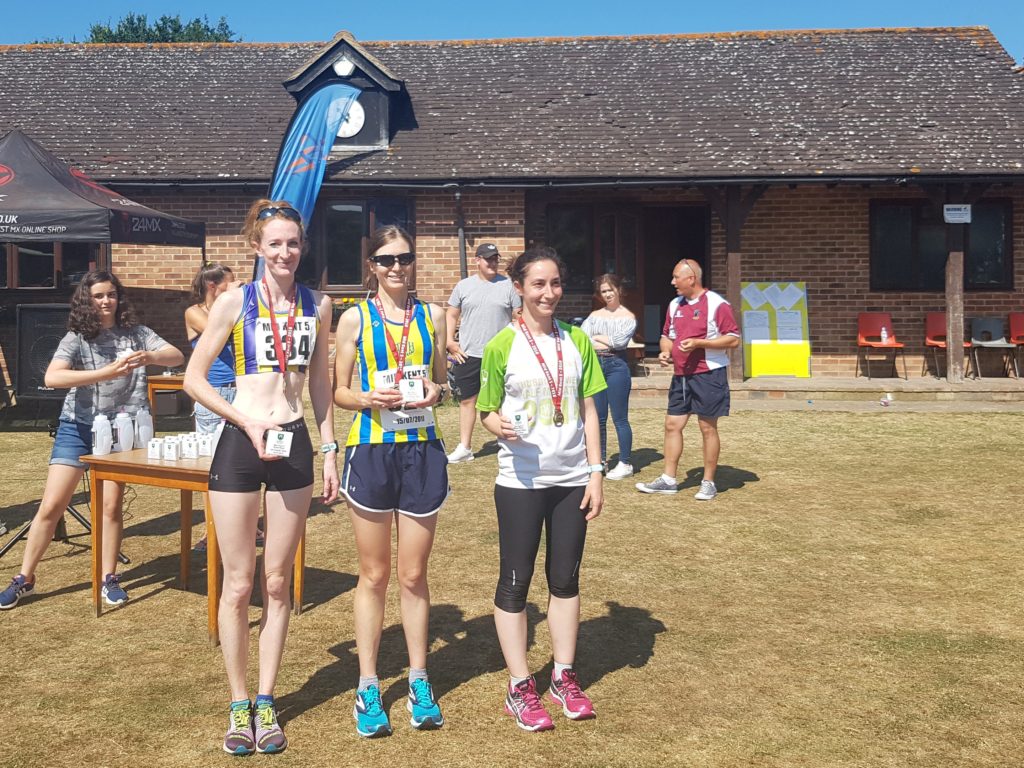 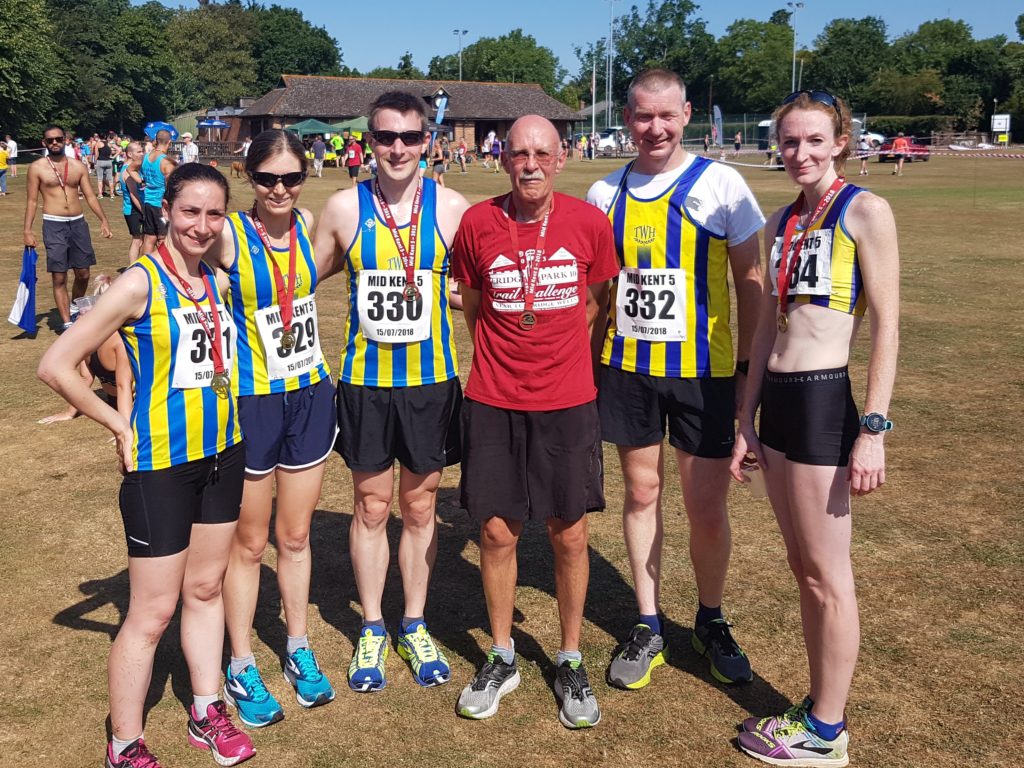