So it was the 3rd year of this event running and apparently it’s the warm up to VLM. I was lucky enough to get a space through Paul Hollis and took advantage, as I knew I wouldn’t be able to do TWH. I thought it would be good to see where I was at and hoped for a Pb! And actually apart from the baggage collection, you couldn’t fault it. Chip and number sent in the post too.

So the course starts at the north side of Tower Bridge and basically runs most of VLM backwards, covering Canary Wharf, Rotherhithe, Surrey Quays ending in Greenwich park.
Weather conditions where the best the event had experienced in their history. No high wind or snow but there was this weird yellow ball in the sky. I suddenly remembered that this was, Sunshine lol! Couple of times there was a wicked cold wind, but nothing compared to the storms we’ve had!
So we got the train from Tonbridge to London Bridge and it was well sign posted to the start. Here there were the usual queues for portloos and once you’d got through the initial surge of the baggage drop it was onto and onto the start wave. I went off like a bounding puppy and quickly realised as always, I had gone off too fast! And it took me 4 miles to settle into my pace. Although I was coughing like a trooper not sure if that was the from the tunnel at mile 2 or the cold air!
Well supported route, good water stations and nice medal at end.
Baggage collection for my wave was badly. It was like a badly organised scrum, the handlers had not ordered the bags and looked completely overwhelmed, with the 25 deep people holding there numbers up to fight for bags, situation it was hideous. Thank goodness for the kind runners around me, as I had bit of a panic attack due to feeling claustrophobic from the crush. I luckily escaped with my bag intact after an hour!
Such a shame as otherwise, I would of done it again. Apologies not sure if anyone got PB mine was not too be. Next time
Gem Stilliard 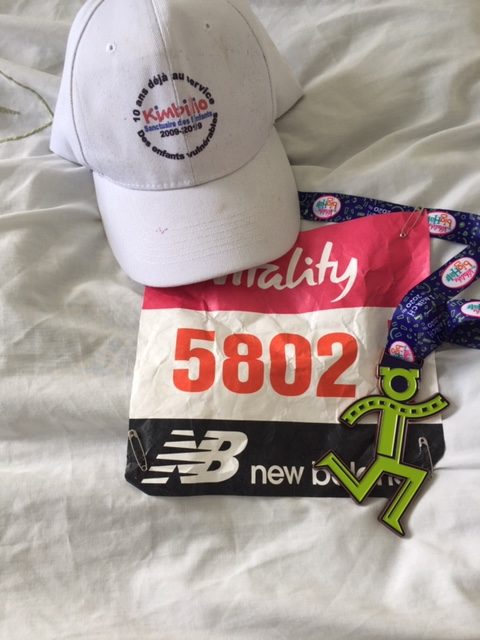